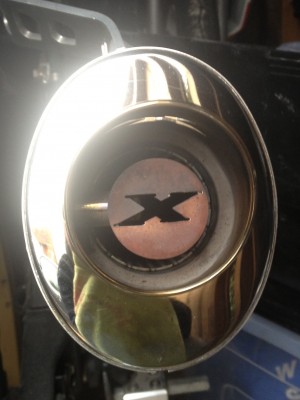 101dB with Baffle – work of the Devil or the Saviour of Motorcycling as know it?

It’s time – we’re losing battle after battle on the issue, and we keep leaning on the same ineffective arguments; Motorcycling (and that’s ALL of us) finally has to address the issue of noise.

It’s the bit of our culture that affects most people – they can be miles away, minding their own business in their own back yard and still manage to generate a negative opinion of what we do. And here’s the really hard part to take on-board – truthfully, they’re not always doing so unfairly.

From racetrack owners to road-bike owners, to motocrossers – we are fast reaching a point where we can’t just keep recycling “NIMBYism”* as an argument to tackle the people who get pissed off with the noise our bikes make.

They will win almost every argument they create; who amongst us can stand up for the right to use really loud exhausts, simply because “we like the noise”?!

*for the uninitiated to the phrase  “NIMBY ” is an acronym for someone that uses the argument “Not In My Back Yard” – it’s become a popular term for folk that complain about any changes to their environment, sometimes justly, sometimes not.

Sanctioned and legal use on a track or other venue is one thing, but then busting through the sanctions that are in place i.e. taking your baffle out after noise testing, or the circuit running on more days than allowed,  just kill our ability to make any kind of effective argument.

Both are happening. All the time.

Noise limits at tracks are on the slide – most trackdays I go to now are down from 105dB of the past and now stand at 102dB statically tested. Most days now also implement continual “drive-by testing”.

This issue isn’t going away, it’s only getting bigger. The NIMBY’s are winning across the board – with such wholesale success why wouldn’t they try and make even more arguments?

Now don’t let all this make you think I’ve given in. I think there are parts of NIMBYism that need to be stood up to. Move next to a track and then complain about noise? – Mmmm, well, if that circuit plays ball with it’s rules, then that’s not the kind of person I have much time for.

The problem is when we break the rules that are in place, either excess days, or excess noise on those days – regardless of when they moved in, who can argue that they’re actually not right to do so?! We have rules to play by, then choose to ignore them – because we like noise and because we don’t like being told what to do. Well, carry on like that, and we’ll have even more to worry about….

How do we fight back? – well, time and time again, we trot out the “well, they’re just bloody NIMBY’s” as our sole defence when it comes to noise. We need to move on – and fast. If we get our house in order, we have a position to argue from. We currently have nothing. Zilch. Nada. Oh, except calling them NIMBY’s of course….

It’s a complex issue, but it’s one where our own biggest crime is that we fail to address it by self-policing.

Any of you been on a trackday where someone has removed their baffle after testing? Did you just chuckle to yourself, or did you tell that rider to put it back in?… confession time, I’m guilty of both taking it out, and seeing other people take them out without offering reproach.

I’ve spent the last few months watching my local MX track get shut down, and watching the complex issue of Mallory Park’s battle unfold. And I look at my actions and think “am I actually part of the problem?” – if my actions remain to do as I did above, then the answer, sadly, is yes.

I’m not alone. Lot’s of us have done it, are doing it, and will continue to do it. It’s naughty. It feels like fun. It makes the bike run better. It makes the bike SOUND better. What’s not to like? Well, there’s a clear answer to that; it’s when they shut circuits, or impose even lower limits on us. But because it doesn’t happen on the day (although with shutting circuits it actually could) we swipe it away as an unimportant side-effect of our actions.

What if the road out of here requires us to do some stuff we’ve never done before – accept that noise limits are here to stay, and to manage that ourselves?

Are we capable of that?

Could we do such a good job of it, that they stop seeking to impose lower and lower limits on us?

We may appear to have an anti-authoritarian bent as bikers, but that doesn’t mean we have to wait to be be told what to do….